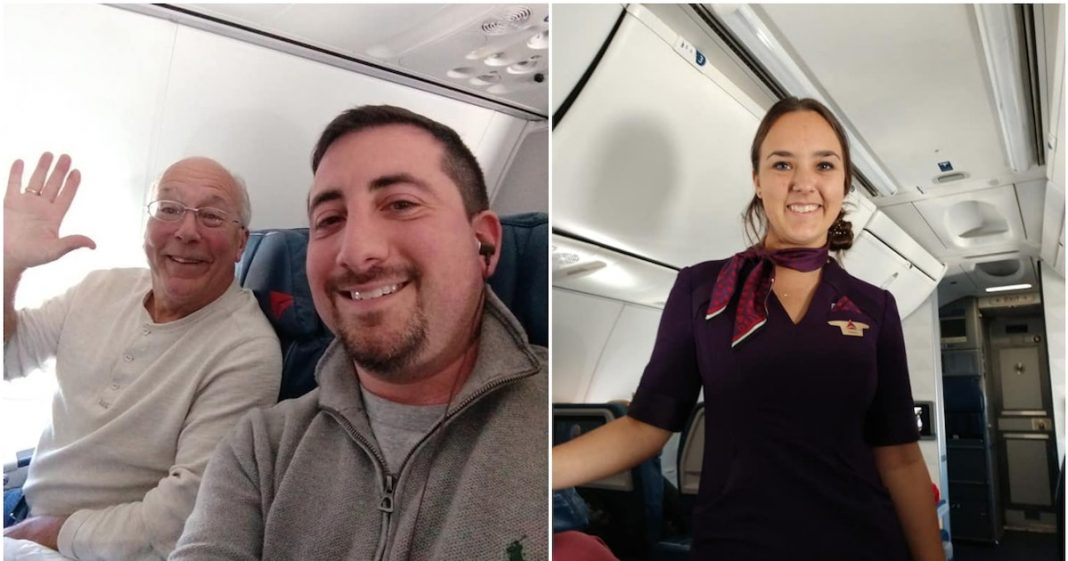 Christmas is the season where we all love to spend our time with our families and relatives. Sitting by the fire sipping hot coffee and opening presents while listening to carols are some of the best things we do in this joyful season. But what if you can’t spend Christmas this way but instead have to work? This, unfortunately, happened to Pierce Vaughan – a flight attendant for Delta Airlines, who had to spend her Christmas Eve and Day in the air this year.

However, her loving father found a way to spend the holidays with his working daughter. He booked six flights in total, across the whole of the U.S., just to be able to spend Christmas with his daughter. 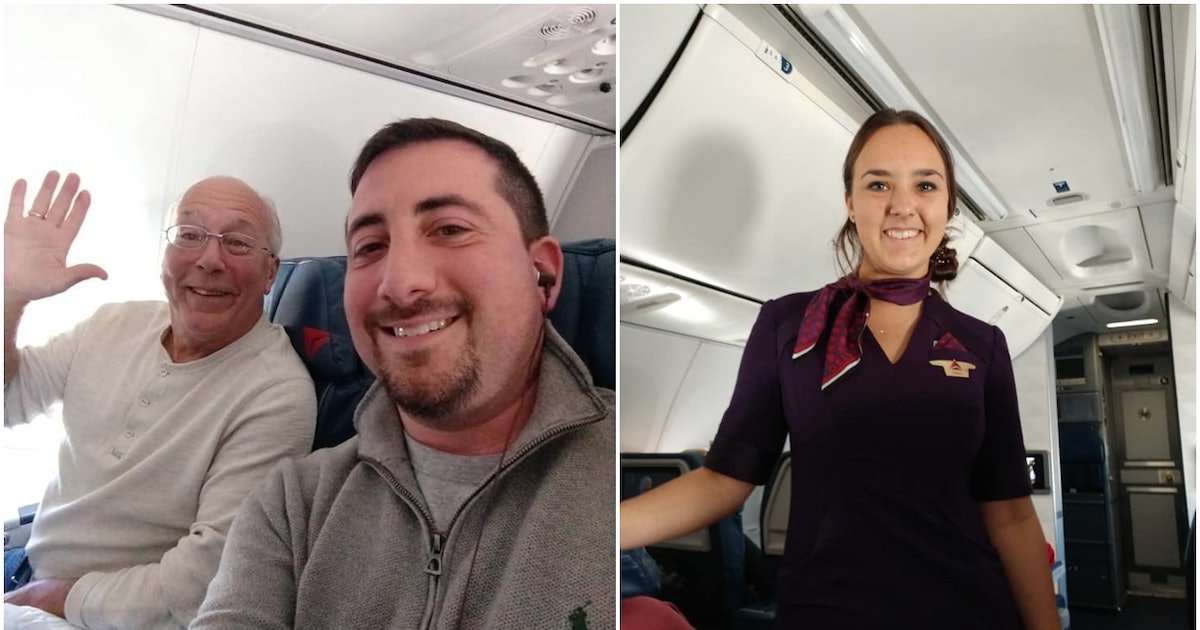 This was shared by one of the passengers on the flight who was sitting next to Hal Vaughan- the flight attendant’a father. The passenger – Mike Levy – later told Bored Panda: “I was extremely surprised to see the post go as viral as it has. I’m very happy to share such a heartwarming story.” He also added that “Hal was in an accident earlier in the year. He broke his neck and was quadriplegic for a while. He slowly began to recover and this was the first trip he had taken since his recovery. He still moves a bit slower, but stronger every day from what he told me.” 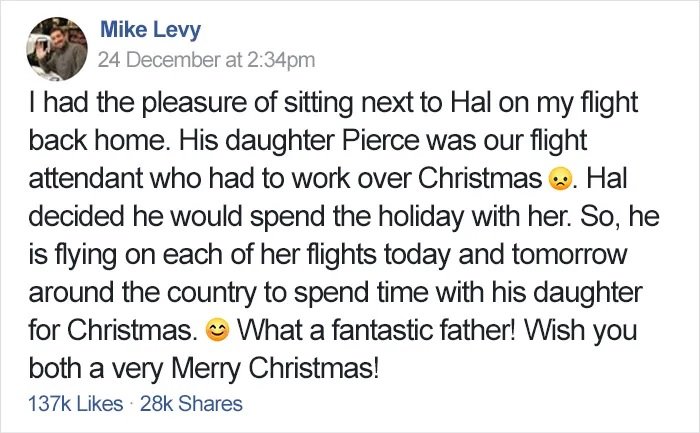 Mike Levy captured a cute photo of himself and Hal sitting together with Hal’s daughter Pierce. In the post, he wrote: ‘Hal decided he would spend the holiday with her. So, he is flying on each of her flights today and tomorrow around the country to spend time with his daughter for Christmas. What a fantastic father! Wish you both a very Merry Christmas! 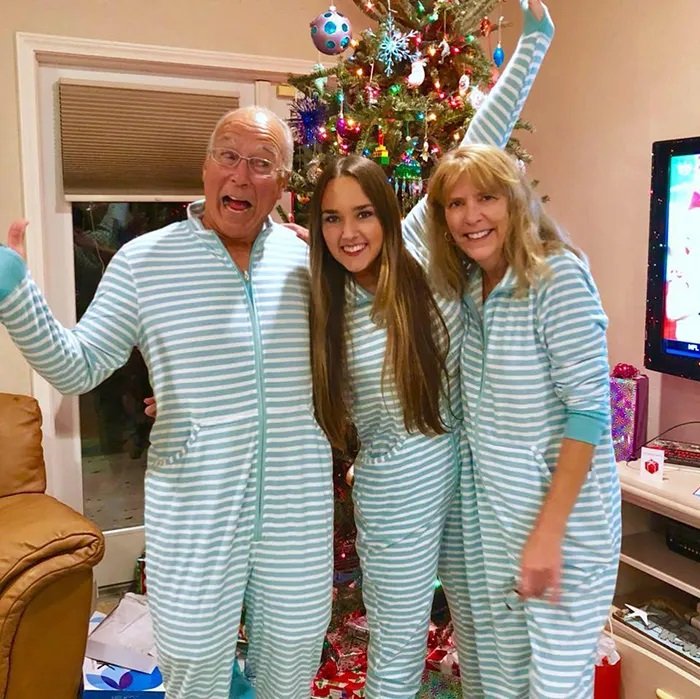 The post has since been shared more than 28,000 times and has gone viral. This Tuesday, Pierce shared Mike Levy’s post and added: ‘Look ma we made it Kimberly Hal Vaughan. Dad’s first trip using his benefits was a success! 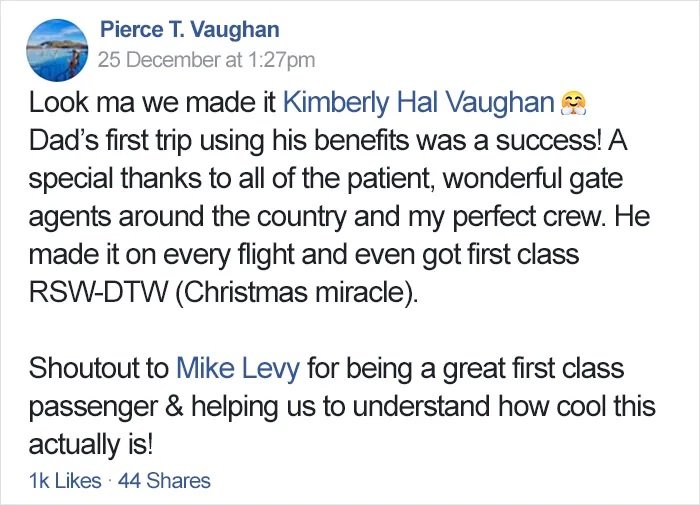 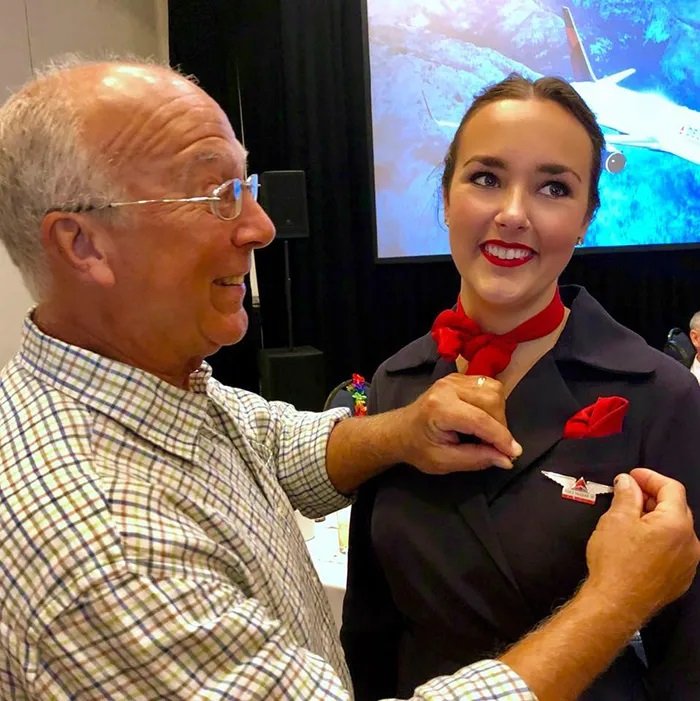 Check out what everyone had to say about this sweet gesture that went viral!

Treasure the little time you are left with these 05 “Notes...

The Single Dad Parented A Broken Teenager In The Hospital

7 powerful and Simple metaphors that will change your thinking…

A Sweet Story Of A Single Gay Dad Adopting A Little...

11 Pictures That Compare Life Today With How It Used To...

30 Photos That Prove People Are Joining Up With Global Climate...

The Devir Family Welcoming Their Son To This World In Comics