Albaboo
Home Lifestyle Health & Fitness This Woman Wrote Down Lists Of Ingredients Of US And UK Products,... 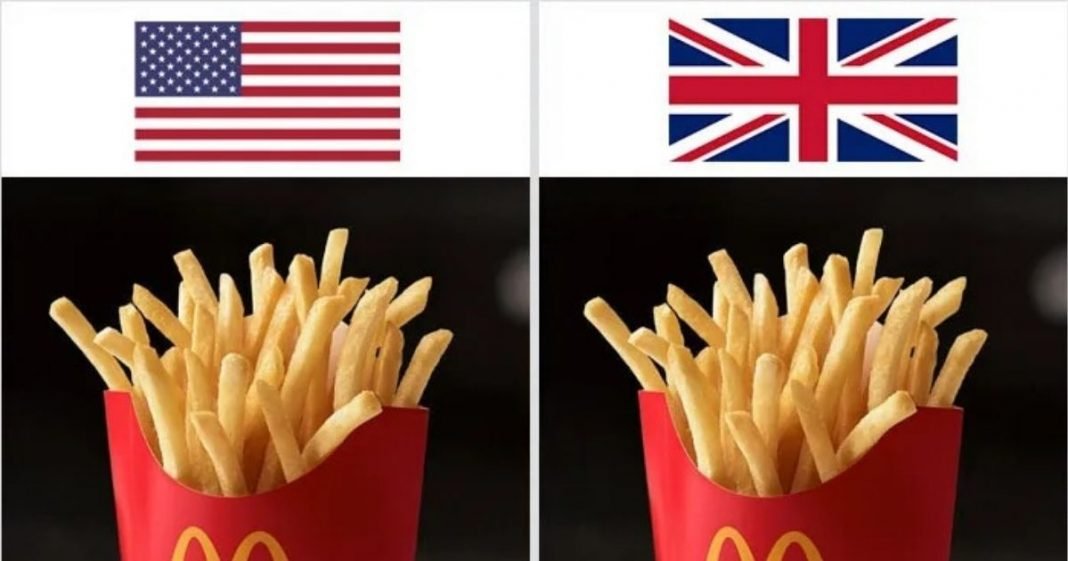 A Shocking Difference In Ingredients Of US And UK Food Products Listed Down By Food Critic Vani Hari.

American author and food critic, Vani Hari also known as Food Babe says to BoredPanda in an interview that the most notable differences in food products were the comparison of items from the United Kingdom and those from the United States. She mentions that it’s shocking to compare some of the products. 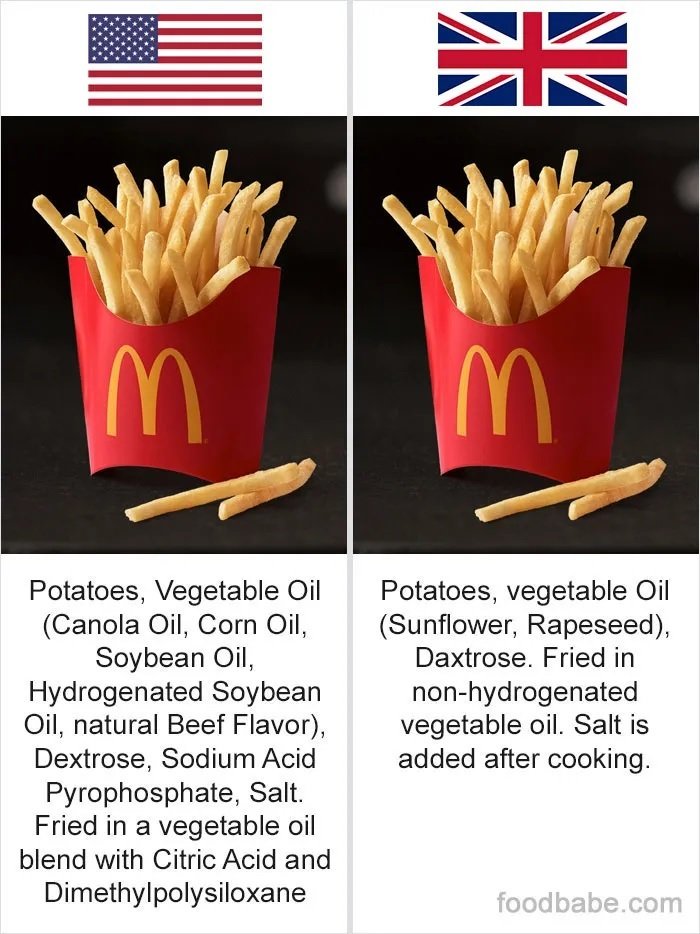 Hari says that in the US the fries you order at McDonald’s have extra additives along with the natural vegetable oil and salt used.

Extending that the Quaker instant oatmeal in the UK is comparatively healthier than the one from the US. Bringing us to the question of whether the additional ingredients have an adverse effect on the health of Americans? 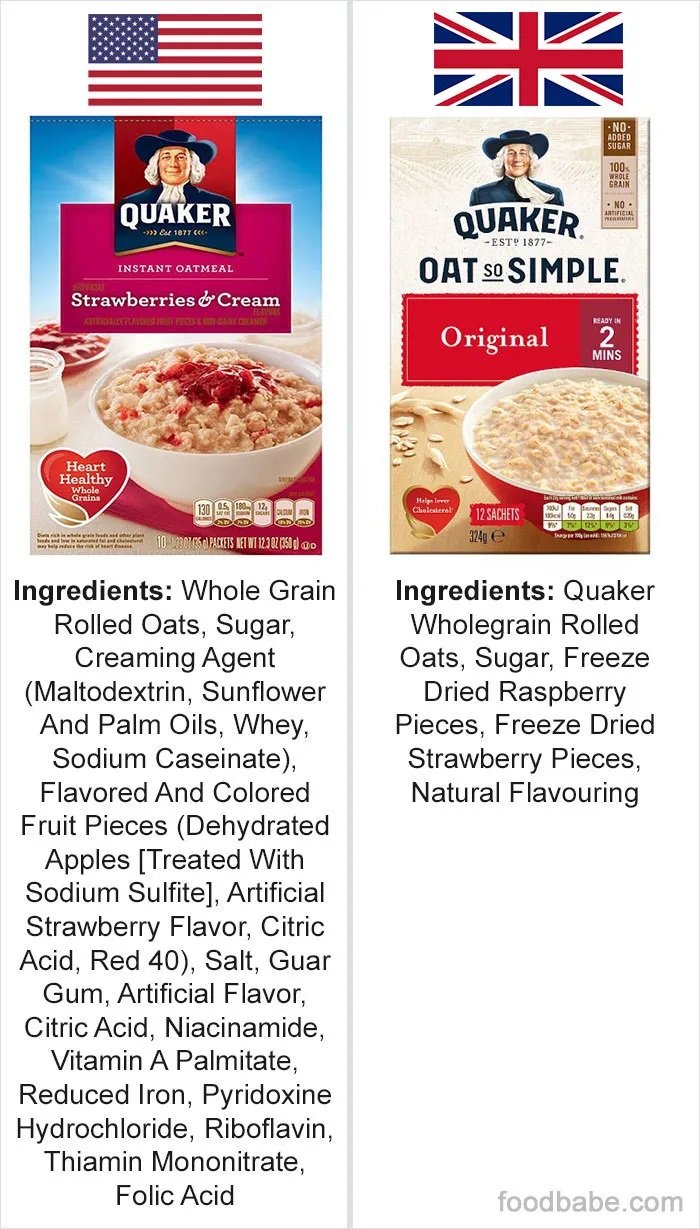 “Big Food companies will tell you that the European regulators are just being overly cautious, that all of the ingredients they put in their American products are perfectly safe. But are they really?” Food Babe asked. “If a company can get away with using cheaper ingredients, they will. Given a choice, they’ll always opt for the cheaper flavor enhancer, the cheaper colour additive, and the cheaper preservative, even if these cheaper alternatives potentially have a negative impact on our health.” 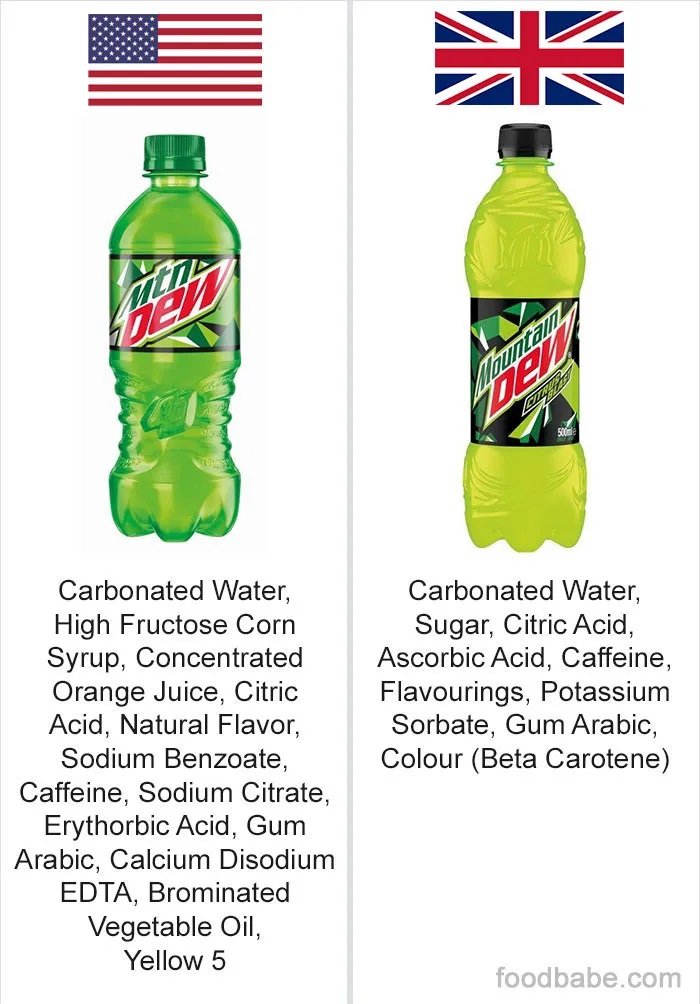 “The U.S. spends 2.5 times more on health care than any other nation and when compared with 16 other developed nations, we come in dead last in terms of health. More than two-thirds of U.S. citizens are overweight and more than 18% of children are obese. After smoking, obesity is America’s biggest cause of premature death,“ Hari states. 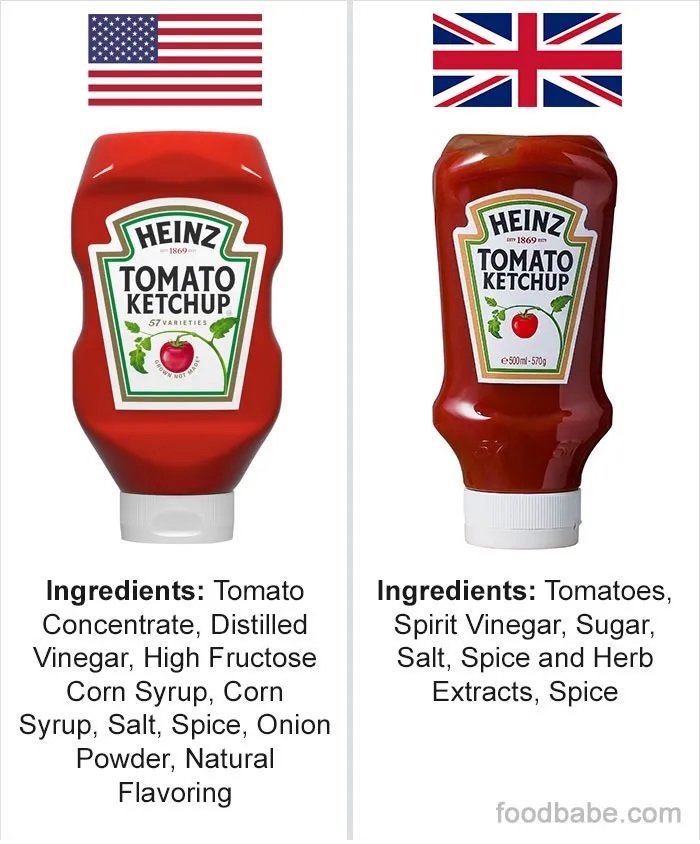 “While there are many causes behind these dire statistics, undoubtedly one of the primary causes is the American diet, which is full of risky ingredients that are not used to the same extent in other countries. American food is overloaded with bad fats, way too much cheap refined sugar, and heaps of synthetic additives,” Food Babe explained. 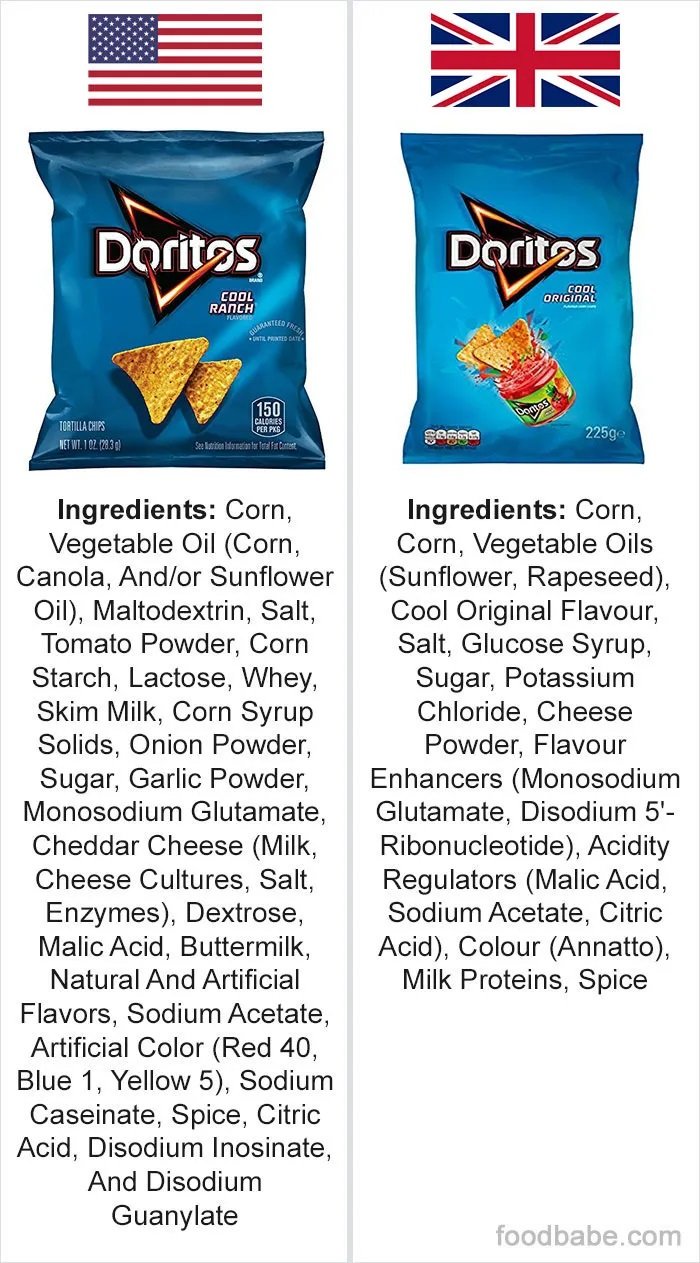 “Claims like “natural”, “healthy”, “diet”, and “sugar-free” mean very little. Instead, always flip over the product and read the ingredient list. This will tell you the truth about what you are eating. If the food contains any additives or preservatives, ask yourself why they are used and whether they’re really necessary. If you don’t know what an ingredient or additive is or how it can affect your health, but the product back and look for a product made with real food instead.” 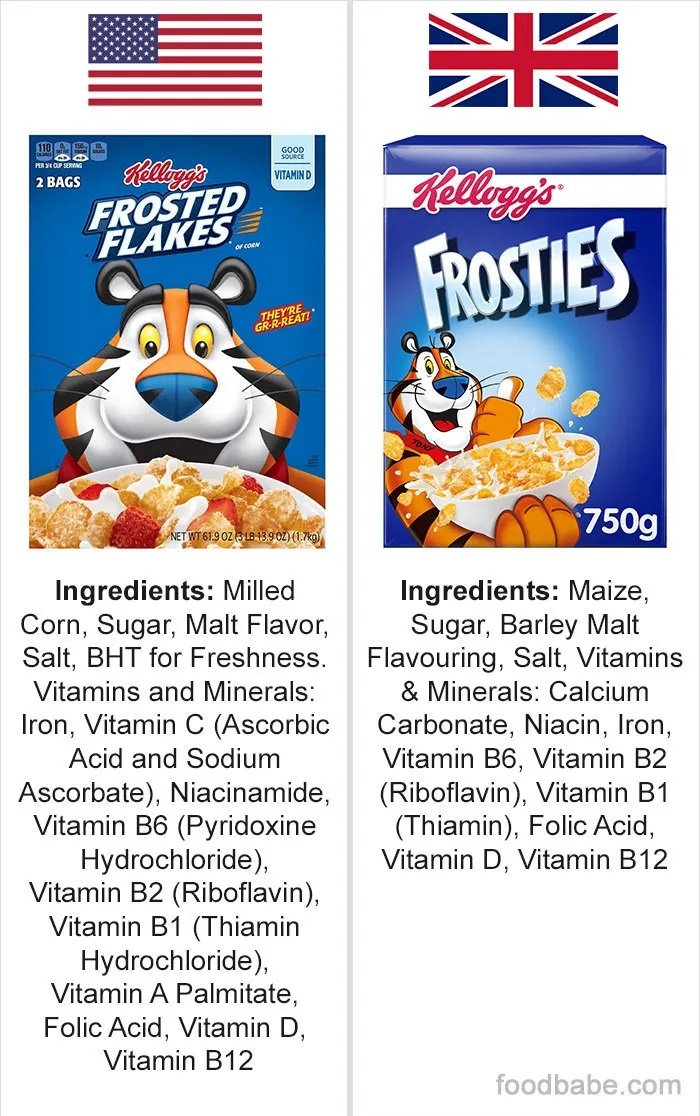 Hari is quite influential in the food industry: she persuaded Kraft to stop using artificial orange colour in its macaroni and cheese and partially helped convince Subway to drop the bread additive azodicarbonamide.

Hari claims, “In 2015, Kellogg’s announced plans to remove artificial colors and flavors from their cereals by the end of 2018. Over 4 years later, Kellogg’s continues to sell several bowls of cereal made with artificial ingredients such as Froot Loops and Apple Jacks, and is launching new limited-edition cereals targeting young children made with these additives”

“Why is Kellogg’s creating brand new cereals with artificial ingredients if they truly want to remove these chemicals from cereals? Kellogg’s makes Froot Loops and Unicorn Cereal in other countries without artificial colours or BHT, so they already have the formula. We deserve the same, safer cereals that other countries get,” Hari firmly expressed her concern.

I wish you a healthy and happy life!

Steve Irwin’s 14-Year-Old Son Is An Award-Winning Photographer And Here Are 50 Photos To...